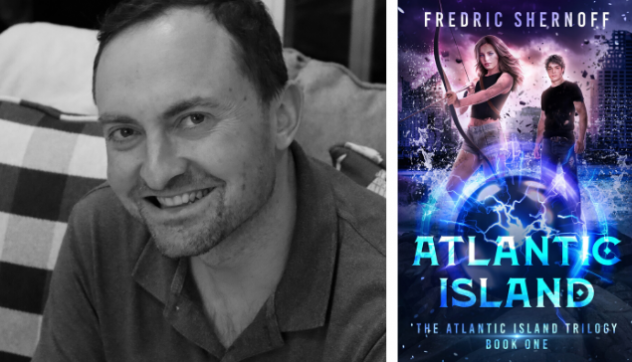 What does it take to re-launch a book series?

Back in 2013, I read about Hugh Howey’s self-publishing success and decided to try writing fiction. I had already published a non-fiction book, but I knew nothing about crafting a story or how to market it once it was published. At first, I followed Hugh’s example by breaking my novel into novella-sized chunks. I released Atlantic Island in three installments. It didn’t do very well.

By 2015, I had another novel, The Traveler, which introduced other elements of my fictional multiverse, and had written the first official fan fiction in Hugh’s Wool universe. I tweaked Atlantic Island and pushed out the changes in one complete novel at the same time I released the sequel, Rising Tide. There wasn’t an immediate bump in sales, but the ball started rolling.

Fast forward to 2019. The Atlantic Island Trilogy wrapped with the concluding chapter, Omega Protocol. Atlantic Island and The Traveler, in particular, have reached far greater success than I could have imagined. They were selected for just about every honor available from Barnes and Noble and Amazon, and Traveler was (for one magical day) the #1 bestselling eBook in all of Barnes and Noble’s online sales. Movie studios began exploring the possibilities for the books. More meaningful than any of that was the response I got from the growing audience of readers, who felt a connection to the characters.

Though I released some new work, everything still seemed to tie back to Atlantic Island. One day, as I was describing some of my work in progress, something clicked. Everything I do is part of the same larger multiverse, and the same larger story. More than that, Fredric Shernoff is not the brand. Atlantic Island is the brand. That led to two ideas: First, I wanted to expand the universe, and second, I wanted to relaunch and rebrand the entire book series and expand on everything.

For the first part, I decided I would finally pay forward the kindness Hugh Howey showed me by mentoring me and allowing me to write in his universe. I ran a Facebook campaign and found four talented authors in the early stages of their self-publishing careers. Dawn Dagger, AJ Kurtz, LaLa Leo and Rennie St. James all signed on to work with me on this massive project. They have written short stories which will be published in an anthology, and then spinoff from there into trilogies of novels, most of which will be released over the next year. I get co-author billing, but I mostly make sure the stories fit into the canon of the fictional world. They have done the bulk of the work, and I know fans will enjoy these new adventures.

In addition, the second part of the project required a drastic rewrite of the original trilogy. There are already multiple spinoffs released or coming soon just from me, let alone the other authors. Looking back at Atlantic Island, my writing style has evolved over the years, and some elements of the early story no longer fit with all the places the multiverse went. I rewrote almost every single line in the book, cutting a ton, and adding a good amount of new material.

I’m honored that Barnes and Noble asked me to talk about the process of relaunching a series as I get set to take this story to the next level. Here are 5 key points:

1. Decide how much you want to change

A relaunch of a novel or book series could be as simple as slapping on new covers or changing the blurb on its listing on barnesandnoble.com. It could mean another editing pass of the manuscript, or it could be a total rewrite. In my case, I did all of the above.

I was fortunate to hire an amazing cover artist named Orina Kafe to redesign and reimagine the covers. This ensured they target the YA sci-fi/fantasy readership I want to reach. I hired Bryan Cohen’s company Best Page Forward to rewrite all my blurbs. And I dug deep into the manuscripts. Not just clearing up mistakes, but I connected all the pieces that come later and made sure the characters seemed fully developed from page one.

If you decide you’re going to take a machete to your manuscript, as I did, you need to be willing to make whatever changes make sense. Tens of thousands of people have read Atlantic Island in eBook, paperback or audiobook. Changing the story was scary for me. But I want to reach the millions of readers who haven’t experienced the tale yet.

The biggest change I made was to the relationship between Theo and Kylee, my lead characters. Everyone who knows the story knows that they kiss on the beach early in the book before the Event. It was even on the back of the paperbacks for a while! Well, it doesn’t happen that way anymore. Early reviews tell me this change made the whole story better. In other words, tell the story that works, not the one you’re sentimental about.

3. Ask for help and look to others for inspiration

I have been very fortunate to have had so much success these last few years. But the self-publishing industry is rapidly changing, and I don’t have all the answers. Not only have I benefited from hiring the professionals I mentioned (and my editor Mike Waitz!) who know what works as we head into 2020, but I have studied and emulated the best in the business.

In the past year, I learned book marketing from Mark Dawson’s incredible Ads for Authors course. And I’ve boosted my knowledge tremendously by talking with Mark and others in his Facebook group, as well as the authors in the 20BooksTo50k group. For instance, I have learned so much about building a brand and a reader community by watching very successful authors like Leia Stone and Yumoyori Wilson, both of whom have been so gracious in offering support and advice as I work through all of this.

4. If re-branding, make it consistent

As I mentioned, I decided to shift the focus of my branding from Fredric Shernoff to Atlantic Island. Not only did I have to tweak the stories to prevent contradictions, but I had to retitle most of the books and series. And this was not an easy thing when you’re talking about time travel!

Above all, I wouldn’t be where I am today if Hugh Howey hadn’t helped me along in the early days of my career. And I continue to benefit from the kindness of the community of authors across the world. Being able to expand my universe by hiring new authors gives me a great opportunity to help others. And I love assisting in shaping their stories and bringing out their unique voices.

I try to participate in various Facebook groups when I can, to share my experiences and guide others. However, it doesn’t matter what form your help takes. Just aid other authors as you go. This isn’t a zero-sum game. With every big self-published success, all of us rise a little higher. Therefore, whether you write with other authors, as I have done, or just get involved in the online communities, we all benefit when we all work together.

Fredric Shernoff is the author of the Atlantic Island Universe. This includes the international bestseller “Atlantic Island” and the Barnes and Noble #1 bestseller “The Traveler.” Fredric lives in Palm Beach Gardens, Florida with his wife and best friend, Cheslie, and their three amazing children.

Want to hear more from your favorite authors? Check out more Industry Tips & Tricks and Guest Posts and Interviews!

20 Questions with… Deborah Coonts
Previous Previous Post: The Key to Finding Your Own Voice
Next Post: Five Questions to Ask Before Self-Publishing Next