Indie Bootcamp Day 2: How to Help Your Books Sell Themselves It’s day 2 of our week-long special writing, publishing, and marketing bootcamp with the authors of The Author Indie Power Pack (on sale for $.99!)  Today, author and publisher Sean Platt brings a great article on one of the keys to marketing books (and anything): building community.

How to Help Your Books Sell Themselves

What should feel like the ultimate victory for many writers is often an unfortunate period of prolonged suffering instead.

They’ve imagined it forever, staring at what they assumed would be a glorious horizon only to find their reality filled with disappointment and heartbreak.

If this sounds familiar, you’re not alone. As one of the three hosts of the Self-Publishing Podcast (along with my partners, Johnny B. Truant and David Wright) this is one of the most common complaints we see from the thousands of writers who listen to our show each week.

You’ve worked on your project for months or maybe even years, obsessing over every syllable. You’ve stared at your book’s inevitable launch and built it up in your mind as something it can never be — at least not without a lot of work.

Your book can’t earn mass attention by virtue of completion. Nothing drives sales like momentum, and that motion must be earned. Post-launch disappointment is often the direct result of authors not doing enough to gather a crowd before their book’s pub date.

Maybe you’ve announced your new release to your circle of friends and reminded anyone who might have known about the book while it was in its various stages of production. Maybe you’ve mentioned it on social media and perhaps even scheduled a few guest posts because you’ve heard that the strategy can work wonders, especially for nonfiction authors piggybacking off of the right audience.

But it isn’t enough. Added together, these activities can get your project to drizzle. While you need a torrent that causes a flood.

A Community Will Sell Your Books For You

Savvy authors bake marketing into their art before the first word is written. Fortunately, that’s not nearly as difficult as it might sound. By making sure you have a built-in audience waiting for whatever you’re going to write next, you can eliminate much of the guesswork that can cripple your best intentions.

Many artists have difficulty with marketing, but it isn’t a dirty word, and the sooner you can ditch that supposition, the sooner you can tend to your core job of drawing readers to your work. This bias does make sense. Garbage marketing is impossible to avoid. You can’t walk down the street, download an app, or go online without feeling bombarded. Yet even the constant assault doesn’t mean that all marketing is bad.

You know the sort of marketing you hate, so never commit the crime. Instead, reframe your mindset and see marketing for what it is: getting the stuff you make to the people most likely to buy and enjoy it.

At Sterling & Stone, the indie publishing company where Dave, Johnny, and myself publish top-quality titles across six different imprints, our business model is simple:

We build stuff, and talk about it.

Building stuff is fun, and so is telling the world about the things we’ve built. That second part is “marketing,” plain and simple. And because we know whom we’re making our stuff for, marketing becomes part of our art.

The more we do this, the bigger our community grows. Over time, we’re able to consistently transition casual fans into die-hards — the readers who tell their friends, family, and anyone willing to listen about all the cool things we do.

We’re in the business of earning True Fans. And those Fans give us the life we’re lucky to live.

Build stuff and talk about it.

You have the first part down. If you’re wondering how to accomplish the second part, here are five ways we’ve built our community so that you can start gathering your own tribe of True Fans now.

5 Ways to Build an Author Community

Don’t think of building a community as something you’ll do later, or wait until after you’ve finished your book. Community is a constant. Yes, Facebook is great, but FB controls that, not you. If you haven’t started building your platform already, you need to start now, with a website at the very least.

True Fans need a place to assemble, and you should be the host.

Stop worrying about what everyone else is doing, and start doing whatever it is that you do best. That means being you. Don’t worry if other authors are more extraverted, or write in genres that seem to catch fire faster.

Be the best version of you. Because no one can compete with that. Don’t start a podcast, blog, or hang out on Twitter all day if that doesn’t feel right. Find what works for you, and do that as often as you can.

Yes, this works. But it can’t work in isolation, and the fires should be stoked before your book is out, not after you’re already trying to sell it.

Guest post on other blogs, but build a home base so that people who appreciate what you’re saying have a place to visit. Make it easy for them to get in touch with a list for them to sign up on, along with a special treat that makes giving you their name worthwhile.

Don’t be stingy. Make this “cookie” something that you could charge for, but don’t. And make it a digital file to keep delivery simple and cost effective.

Don’t be shy. If someone has signed up for your list, is checking you out on social media, or is visiting your site, they want to know more about you and your work. Show them.

We use our Sterling & Stone site to give fans glimpses of the ways we pour ourselves into our art. We call these the “DVD extras” of our books. Don’t be afraid of “giving away” your secrets.

Filmmakers aren’t afraid of showing their camera tricks and special effects, or of talking about their creative decisions on director commentaries. You can do the same.

Building a career is a process, not an event. It’s best to stop staring at the horizon and start bonding with fans whenever you can. Figure out who your ideal reader is, preferably before starting your book, then spend time in the places where they’re gathered.

Be yourself, speak your truth, don’t be afraid of alienating those readers who aren’t inclined to like you anyway, and never forget that True Fans are gathered one at a time.

Success favors the prepared, and this is especially true for authors. Yes, indie publishing is open to everyone, but smart artists understand that the most profitable work isn’t done while writing the book. It’s in the communities built before, during, and after the book is written.

Sean Platt’s Write. Publish. Repeat. (with co-authors Johnny B. Truant and David Wright) is one of the three top-rated indie publishing guides available for just .99 in the Indie Author Power Pack: How to Write, Publish, and Market Your Book.

The New B&N Press Platform: A Review By Monique Martin

Monica Murphy on Romance and Premiere 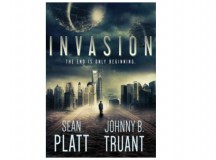 What Makes a Page Turner 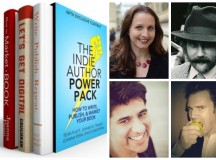 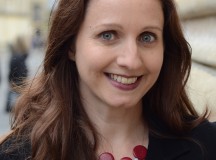 Day 4: 5 Interesting Ways To Market Your Book (That You Might Not Have Considered Before!) 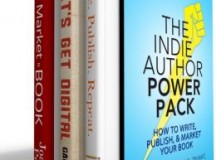 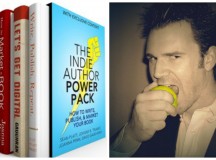 Swimming in a Bigger Pond 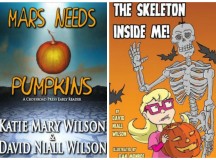